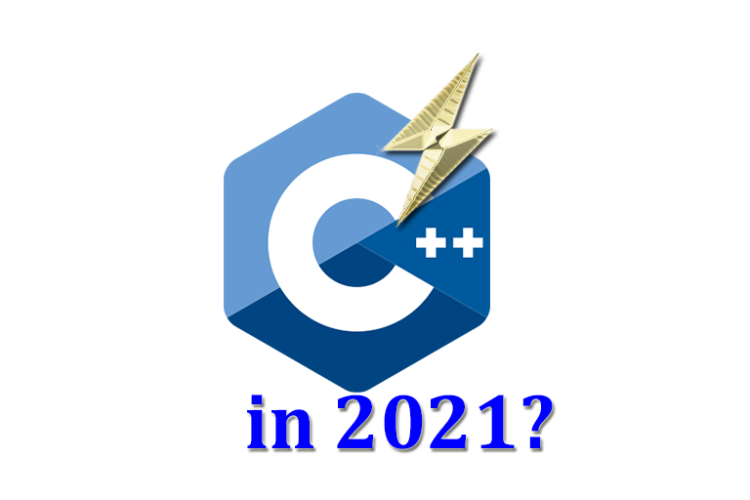 C++ is very similar to the Object Pascal, which we covered a bit in our previous posts. It is also derived from another low-level system programming language – C, just like Object Pascal from Pascal. The difference between C and C++, Pascal and Object Pascal, is that they offer features of object oriented programming. An example of such a feature are classes.

C++ originally was released in the 80s. However, the developers have updated the standard frequently since then, adding many more features to the language. The latest big update came in 2011, and since then there are new standards coming out approximately every three years.

When you take a look at the syntax of C++ for the first time, chances are you will be a bit confused. C++ is a very low-level programming language. At first, it leads to slightly foreign and complex syntax, however, C++ is able to provide much better and smoother performance than all the high-level languages out there, like Python and Java.

Due to the above mentioned strength of C++, its performance, it is a go-to solution when a high-speed application is needed. Examples of such applications are games or web browsers.

How powerful is it?

After getting a brief idea of what C++ is, let’s look at its advantages and disadvantages. Let’s conduct our brief evaluation of C++. It will help us determine how powerful it really is. Additionally, it may provide you insights into why this could be a potential programming language of choice for you.

High performance language. C++ stands out with its performance, in comparison to the High-Level languages. It is mainly due to memory management. In C++, the memory management is manual, while in languages like Python, the compiler has to follow the garbage-collect process.

Closer to hardware. C++ is a lot closer to hardware when compared to high-level languages. This provides you with two advantages. Firstly, you can use it in embedded systems that have little CPU resources. Secondly, if you are to learn C++, you will be able to understand how computers work at a much more insightful level.

Achilles’s heel. The above mentioned advantages of C++, ironically, lead to its main disadvantages. Firstly, due to the manual memory management, it cannot keep its memory safe. Secondly, as it is closer to hardware, the syntax has to be more detailed than High-level languages, and it may lead to confusions and struggles to navigate around when working on big projects.

How relevant is it?

C++ is the type of programming languages that will remain relevant throughout time. Even though it recently started facing competition from a new low level programming language – Rust, it will still stay on top due to the large amount of libraries and documentation available for it.

You can use C++ as a “surgical” language. Chances are, it is unwise to use it to develop your entire application, as it will take much more time, lead to memory issues and become very confusing. However, for elements of your application that must run smoothly, quickly and reliably, it is recommended to re-write those functions with C++, as it is much more efficient and has higher performance.

Lastly, learning it is never a bad thing. As mentioned before, it is very close to hardware language, including its syntax, therefore, if you learn C++ you will be able to easily switch to any other object-oriented programming languages.  Or if your aim is to build applications or software that will run smoothly, such as video games or web browsers, then C++ might be worth considering to be the language of your choice.

We hope you enjoyed today’s post and our evaluation of C++. Make sure to follow us on LinkedIn to not miss out on any new updates, and if you have time, check out our other blog posts!